Understand the problem, and create a solution.

Odyssey of the Mind has been a leader in education for 40 years. It’s emphasized creativity, science, technology, engineering, the arts, and math long before it was a discipline. It started in Founder Dr. Sam’s innovative industrial design classes at Rowan University in the 1970’s. He believed learning should be fun, students should incorporate their own interests, there are always new uses for old items, and the way you ask a question is everything. 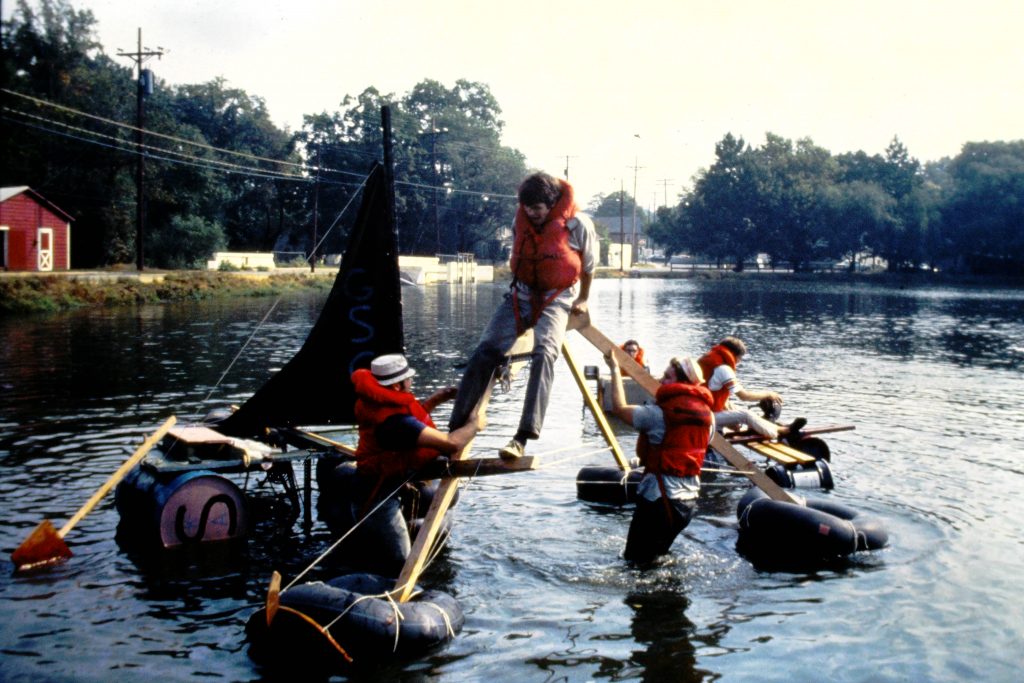 His infamous assignment, “Cross a lake without getting wet” led to a variety of interesting solutions—one student even tried to walk on water with a system of old inner tubes and pulleys. Had he said, “Build a boat” most would have been similar since we all have a preconceived idea of what a “boat” should look like. It might also be the only design class that needed the help of the coast guard! 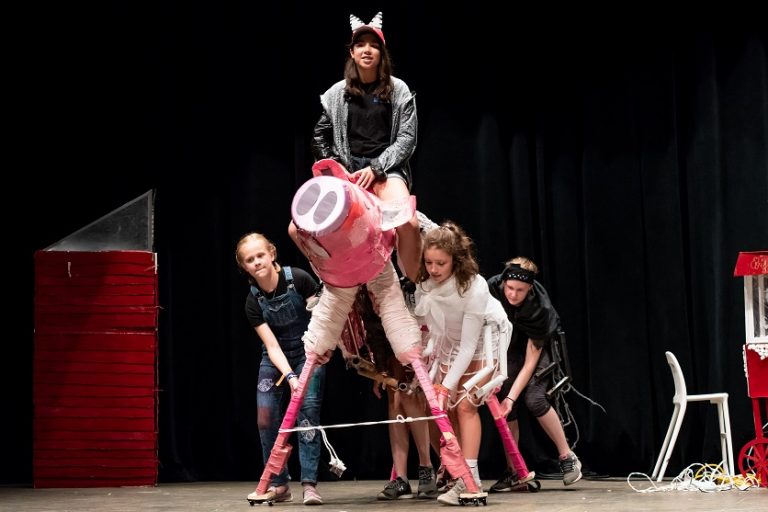 His fun and, at the time, “quirky” classes drew media attention that sparked interest from local teachers. They saw what they were missing in the classroom and asked to be included in his challenges. In 1978 middle and high schools in New Jersey had a competition using Dr. Sam’s problems. This was the first of its kind and OM was born. From that first competition in NJ, OM™ grew and is still expanding through the U.S. and the world. There are OMers in China, Swizerland, Poland, Russia, and more. In fact, you probably know one yourself! 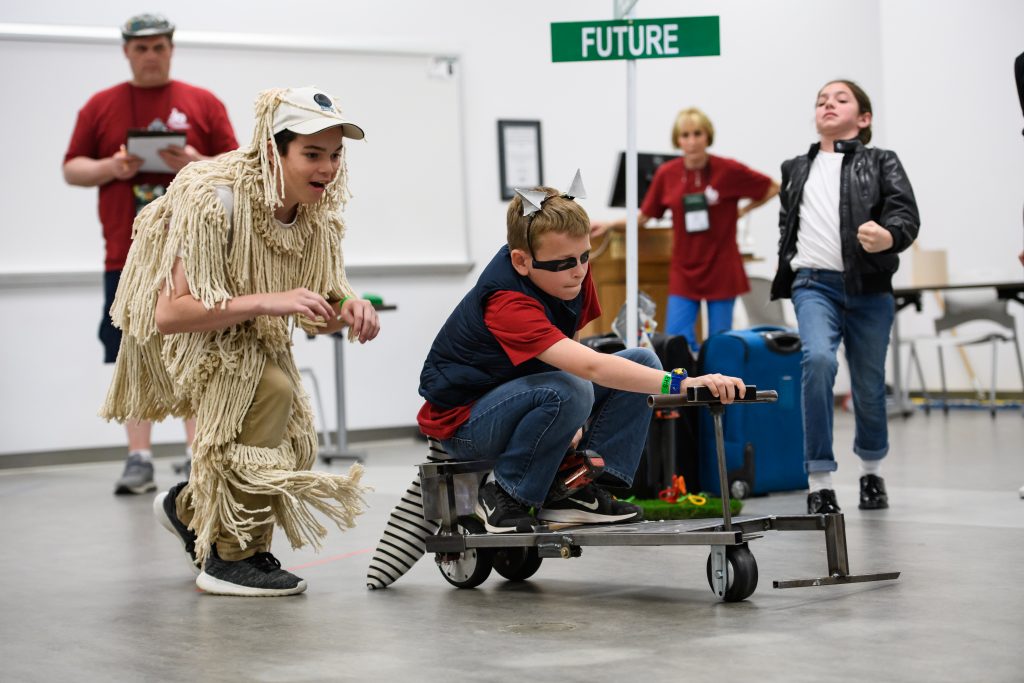 Odyssey of the Mind continues to change lives using Dr. Sam’s original principles. At the highest level of competition, World Finals, 20,000 teams, coaches, and volunteers from around the world come together proving that creative problem-solving knows no boundaries.. 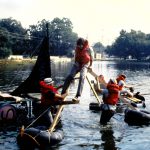 Local teachers wanted in on the action and the 1st OM competition was held between 28 middle and high schools in NJ.

Creative Competitions Inc. (CCI) was created to run "Olympics of the Mind"(OM). It was later appropriately changed to Odyssey of the Mind.

1982 World Finals begins as teams from Canada are the first non-US teams to participate.

1983 World Finals outgrows its home at Rowan University and moves to Central Michigan University- the first of many prestigious campuses to be taken over by OMers from around the globe.

Teams started getting too good at building Balsa structures and tournaments were running out of weights! This is how the Problem 4 “twist” began with Wrecking Ball Structure. Between placing weights a ball rolled down a ramp and hit the structure. Since then teams have overcome all kinds of challenges – from taking away pieces of the structure to hiding balsa animals inside!

1988 OMER was born. Why a raccoon as a mascot? Known for their ingenuity, ability to solve problems and propensity to get into—and out of—all kinds of fun mischief. All OMers have an affinity for trash since it can be used for so many things!

1990 the first World Finals graduation occurs after a participant asks Dr. Sam if he could have a ceremony since he was missing his to be there. Dr. Sam agreed and the tradition still continues! It grew from 1 person to hundreds.

Buddy Team Program begins where US teams are matched with non-US teams to help them during World Finals.

2005 the first team of senior citizens join Odyssey of the Mind through a community college. They make it all the way to World Finals where the room was packed for their performance! Their theme was “they’re off their rockers!”

Selected by Microsoft® as a Partner in Learning the grant helped develop strategies to bring Odyssey of the Mind into classrooms.

2020s
For Every Problem, There is a Solution!

2020 OM solved the Ultimate Spontaneous problem and goes virtual in the midst of a pandemic. Holding the first-ever Virtual World Finals where over 800 teams competed from over 25 countries!

2021 OM hosts two World Finals – both virtual and in-person. OMers were glad to be reunited and proved that this Odyssey is far from over!

Another generation of OMers are ready to change the world with their creative problem-solving abilities across all fields of work!